In the last three years, Andrew Timko started focusing our coffee sourcing in Rwanda. From the consumer perspective, it manifests in the complex quality of our annual offerings from Ejo Heza. For the Kopakama cooperative and its members, it addresses dwindling soil health on their farms.

In 1990, while I began high school and listened to The Beastie Boys and Living Color, Paul Kagame trained in a guerilla war tactics program in the United States. The long and distorted political history of Rwanda began reaching its culmination. It took the form of a civil war between Hutu and Tustsi groups. Colonial countries manufactured these “groupings” in order to build discord and separation between them. Historically and anthropologically, there was none. Regardless, these division lead to the genocide of millions of Rwandans.

At this time, Fred Rwigyema lead the RPF (Rwandan Patriotic Front) and sought the repatriation of Rwanda. Friendly fire killed Rwigyema during a battle. Kagme, still in the US participating in a US sponsored war training when Paul was killed, wasn’t sure if he would be able to fill his role as a liberator. Many considered Rwigyema the visionary of the rebellion and liberator. Coincidentally, when Kagame departed the US to return to Rwanda and to lead the RPF, he departed from Lambert International Airport here in St. Louis – the same airport that started my trip to Rwanda this summer.

The genocide is a tragic and bewildering historical event. I will not specifically address it here. If you want to learn more about the history leading up to this event, I would encourage you to read the following books – “A Thousand Hills” by Stephen Kinzer and “Shake Hands with the Devil” by Romeo Dallaire.

However, after this time, a real and apparent period of reconciliation and healing took place. The period didn’t transition perfectly. Many accused the new government of violations of human rights and continued reprisals. Overall, Rwanda is being restored as one people and gaining the stability.

The Gacaca Courts restored the fabric of society. They deliver justice for the victims by trying the perpetrators. Gacaca means “grass.” The people of a community gather together and sit in the grass to hear the testimony from witnesses and perpetrators. As a result, they establish the truth of the event while delivering justice. This process is based on transparency and forgiveness. It allows families to recover the bodies of loved ones and tries to restore the community. Over 1.9 million of these trials have occurred and still take place 25 years later. The Gacaca Courts has been a major part of the post-conflict restoration in Rwanda. Many study them as a model of post-genocide restoration. 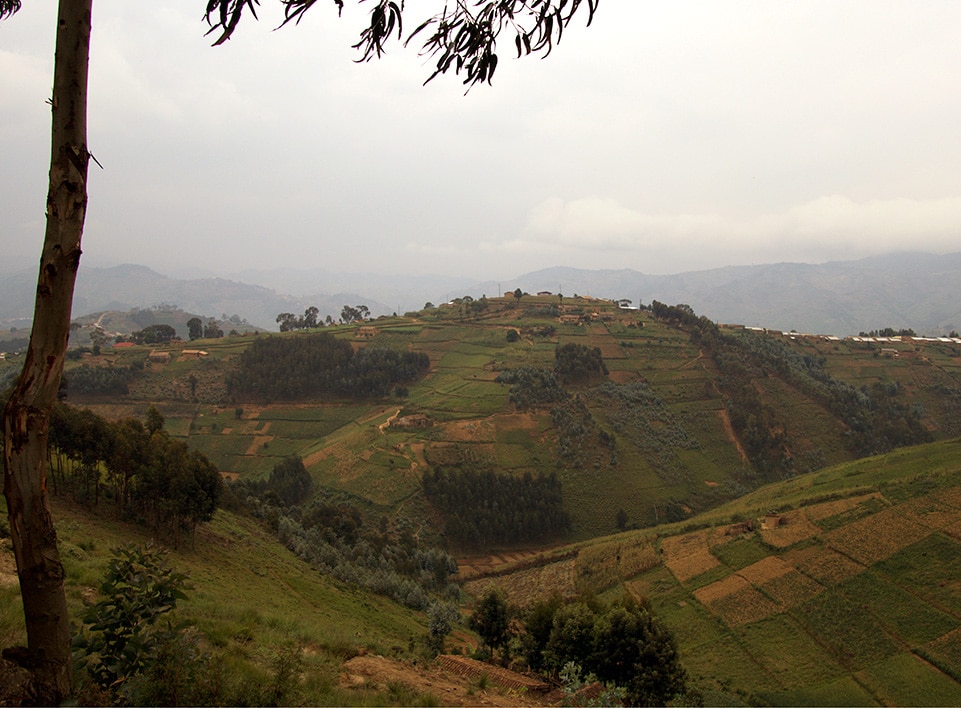 Agriculture, mostly coffee and tea, makes up most of Rwanda’s economy.

When Kagame took office as President in 2000, one item on his agenda addressed corruption in government. This continues as a key facet of his presidency. Central Africa struggles with corruption. In Kagame’s mind, this prevents the people of a country from trusting their representatives and allowing government to function as expected. An example from “A Thousand Hills” shares how Kagame approached this issue. After he became president, politicians began ordering expensive cars and other luxury vehicles. These were not available to the typical citizen of Rwanda. So, Kagame sent the army to major intersections in the city. They began pulling over luxury cars and asking if the drivers were government officials. If they were, the cars were confiscated and sold. However, his strength portrays itself as a weakness in the eyes of western governments. Anecdotes, like confiscating the cars, come across as authoritarian and somewhat dictatorial.

Kagame promotes entrepreneurship in Rwanda as another major aspect of his presidency. Agriculture, mostly coffee and tea, makes up most of Rwanda’s economy. Unfortunately, this limits the influence of their economy. So, Kagame promotes entrepreneurship as a means of adding value to every aspect of the economy. Rwanda highlights many men and women that grow the economy through innovative programs. Specifically, those programs that build local economies while helping to increase their ability to export products. Some of these programs target coffee roasters like Blueprint, urging them to consider sourcing coffee from Rwanda.

I find this context important to set the scene for my first coffee sourcing visit to Rwanda and the Kopakama Cooperative. Stability, integrity, and a progressive mindset provide fertile ground for work with cooperatives and farmers. Many farmers have very valid reasons to be cynical of roasters and green buyers. Roasters regularly reject coffee if it doesn’t meet our expectations. Ironically, roasters and green buyers frequently do nothing to address the causes. Instead, they find an alternative farm to fulfill their needs. This leaves both parties uniformed about the cause for the deficiency in quality and a remedy to cure it. In many cases, the solution may take many years to correct. Often, it requires a change in management and perspective.

In July of 2019, I visited Kopakama after harvest, but before exportation of finished lots. I visited Kopakama with Ruth Ann Church of Artisan Coffee Imports. Ruth has dedicated many years of research to the success of specialty coffee in Rwanda. Many farmers throughout the country know her as an advocate for fair pricing, building efficiency, and increasing profitability. She works with farm organizations as a consultant to teach them her “Lean at Origin” program. I took part in the training while visiting as well. I am excited about the Lean Training and how it empowers farmers to promote quality while improving efficiency. Globally, many farmers need this training.

I am excited about the Lean Training and how it empowers farmers to promote quality while improving efficiency. Globally, many farmers need this training. 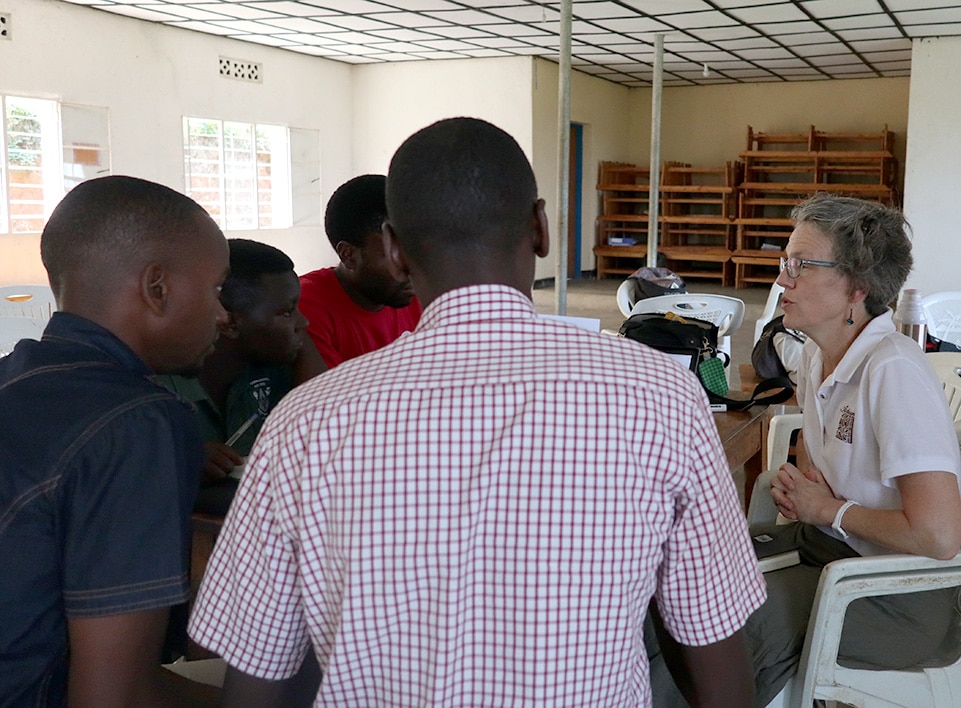 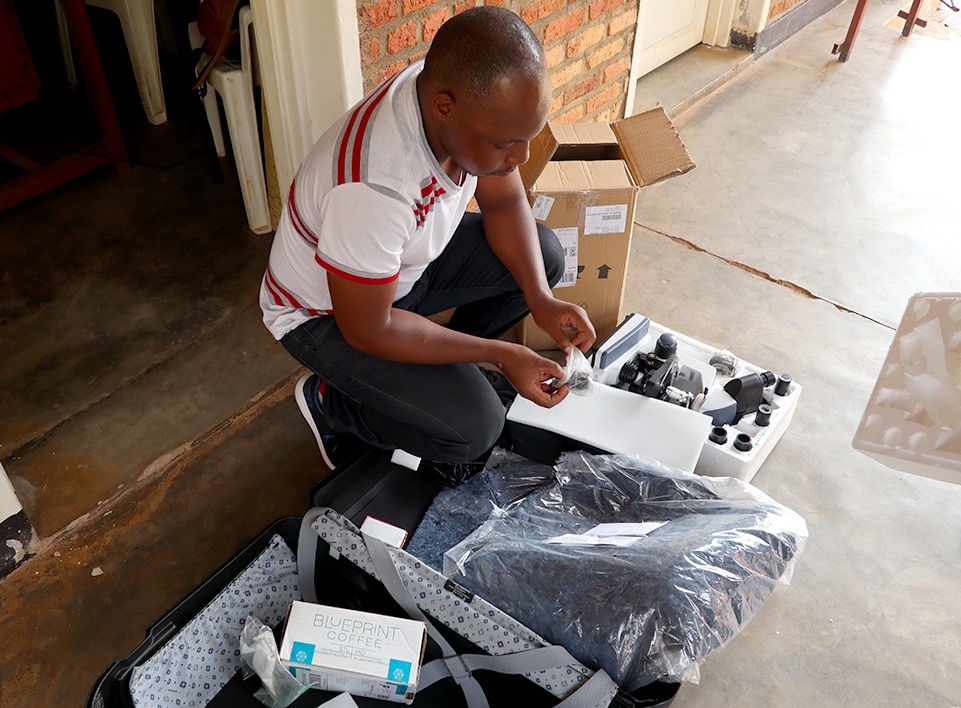 Last year, Blueprint Coffee purchased a microscope that was delivered to Kopakama by Artisan. This ensures they have the materials to take the “Soil Food Web” training on their own.

Kopakama, Artisan, and Blueprint Coffee established a collaborative agreement. It supports soil health in Rwanda while building quality and commits Blueprint to sourcing coffee from the Ejo Heza sub-cooperative. This commitment, at minimum, lasts 3 to 5 years. It supports the promotion of healthy soil and gives assistance to the field officers. The field officers learn the skills essential for evaluating biologically healthy soil. Last year, Blueprint Coffee purchased a microscope that was delivered to Kopakama by Artisan. This ensures they have the materials to take the “Soil Food Web” training on their own. We also supported the acquisition of internet access and the additional labor needed to support the work. “Soil Food Web” graciously donated the coursework, at a cost of $5000, to Justin Tuysenge. He is the lead field officer at Kopakama. This enables him to share the information with the farmers of Kopakama.

My visit helped them get started with the program by doing a 2-day introduction to the work. We discussed compost building and management. I demonstrated how to use the microscope and evaluate what we observed. We sampled native “wild” forest soil systems and compared those to the current agricultural soil systems.  Since departing, we communicate on a monthly basis and I keep track of their progress. While there, I was able to interview Gervais, the Executive Director of Kopakama. In addition, I interviewed the Field Officers, Justin, Grace, and Evol. I wanted them to share with you what they do and how they perceive specialty coffee. I hope the videos below help to bring you closer to the amazing people I am privileged to know.

We sampled native “wild” forest soil systems and compared those to the current agricultural soil systems. 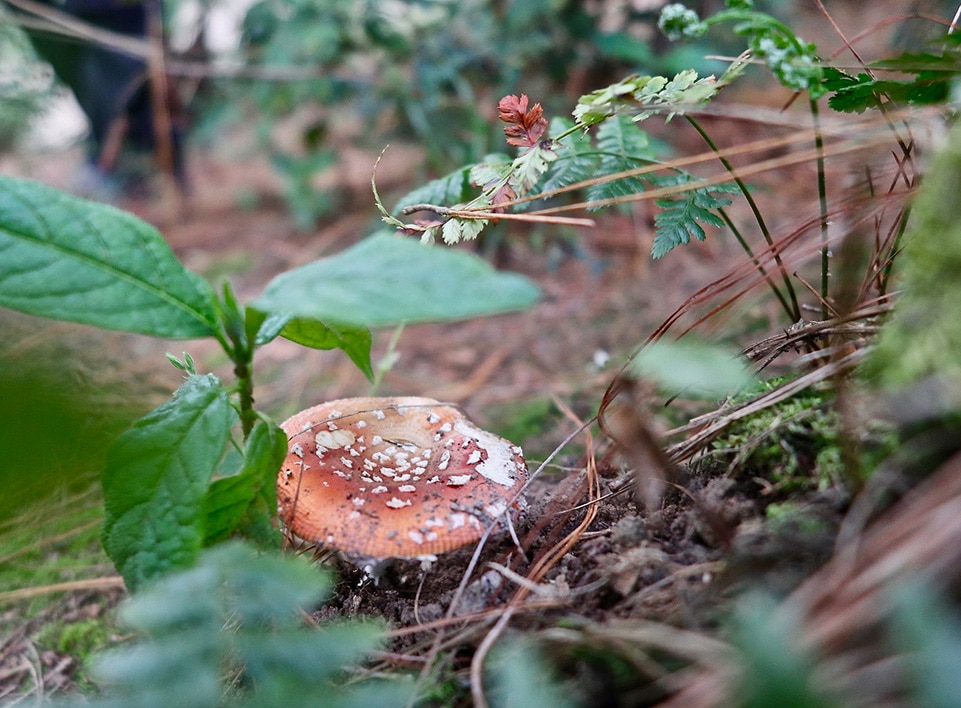 Image from a native forest region where we collected soil samples to observe healthy soil microbiology. 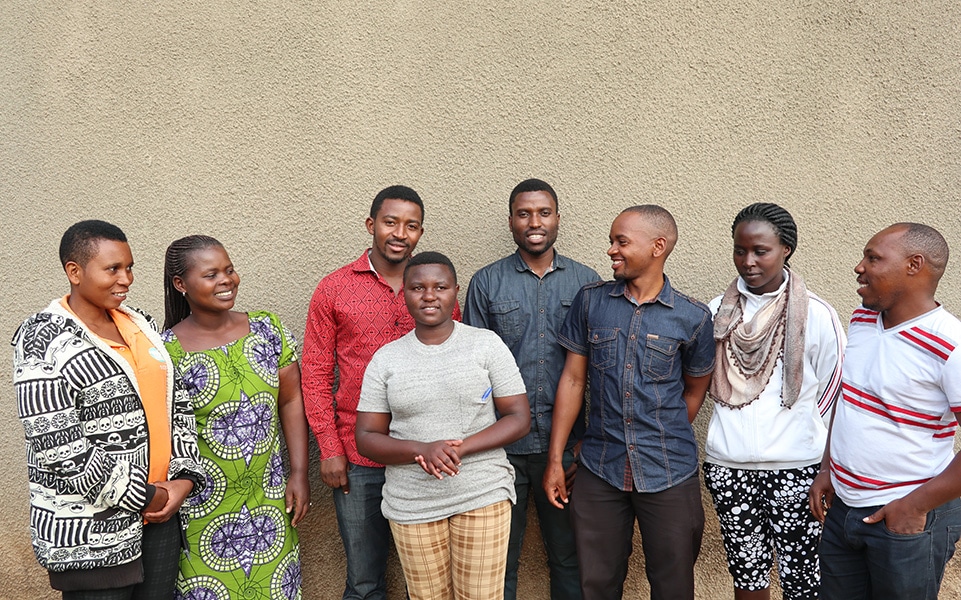 The Filed Officers for Kopakama. They go out and do training and support the member farmers. 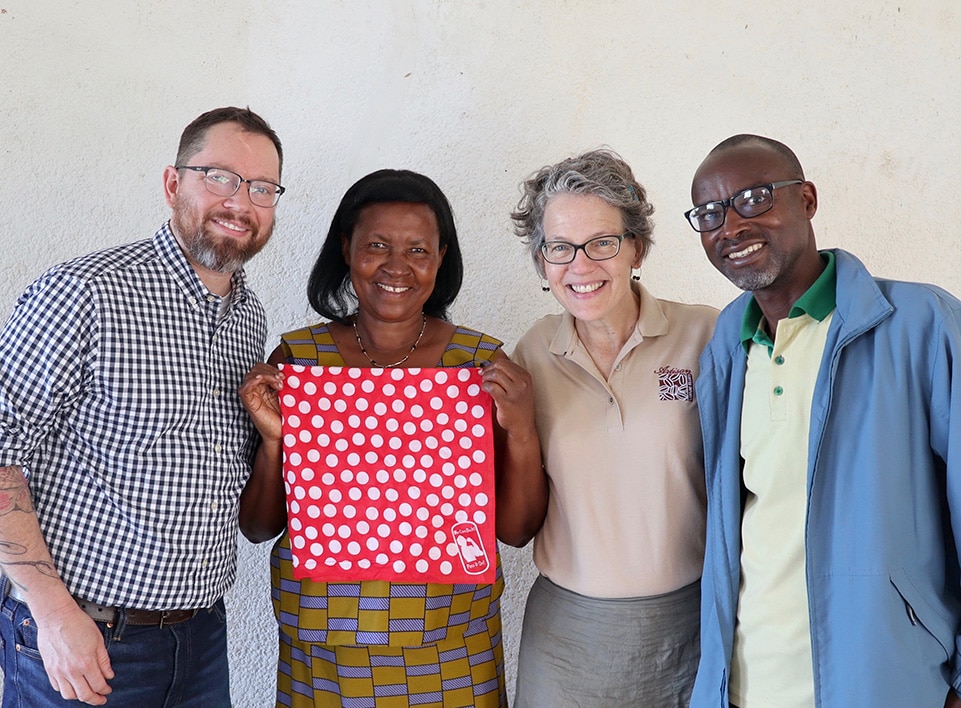